1.1. Description of the control

ComboBox is a one-line drop-down list of any width with the option to select just one value from the list of available values, or with the option to enter your own value similar to a text box. The selected value can have a maximum length of 250 characters for the Firebird database and an unlimited length for the MSSQL database.

The new combobox can be created in two basic ways:

From the edit form

From the lookup table

After filling in the attributes of the new control and saving it, a new combobox will be inserted into the edit form, and at the same time a new column will be added to the view table, which is associated with the just created combobox. 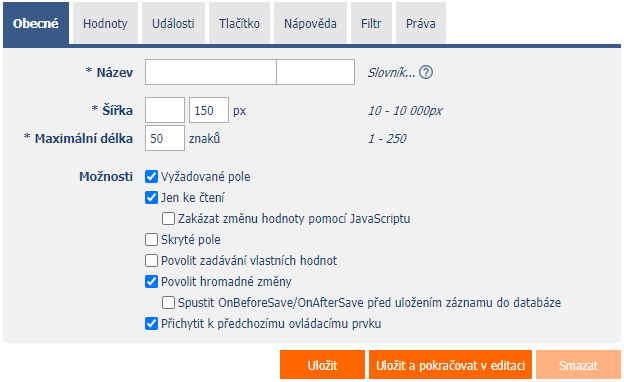 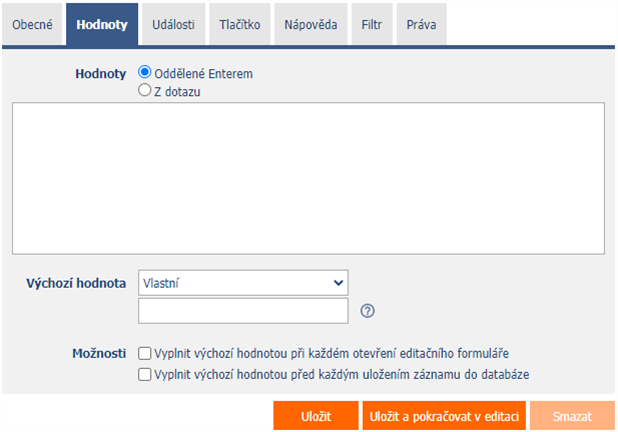 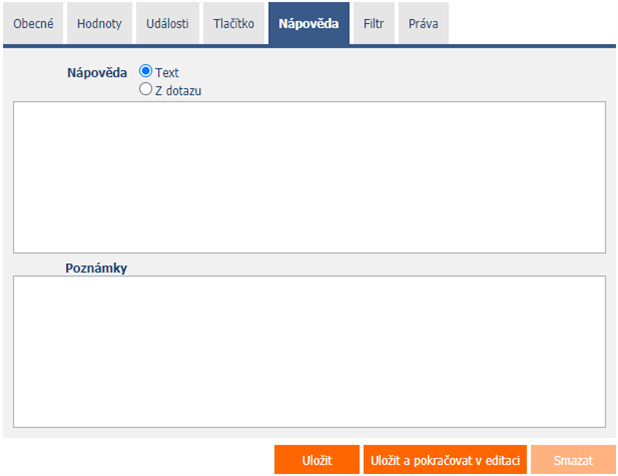 Notes are used to enter any text intended for the application administrator. 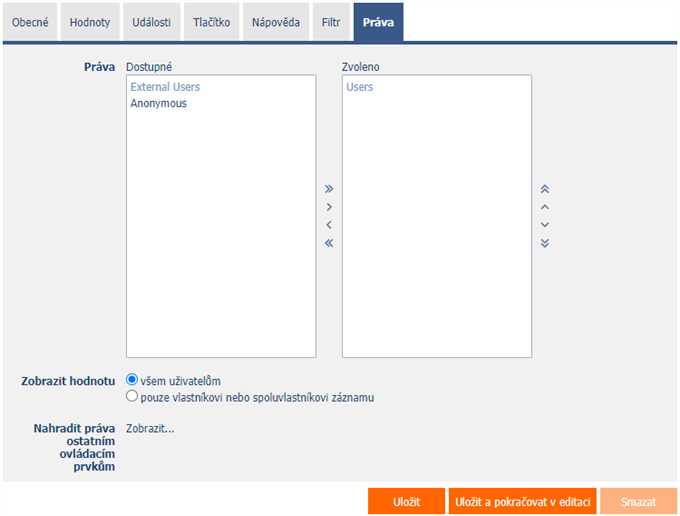 2.7.3. Replace rights with other controls 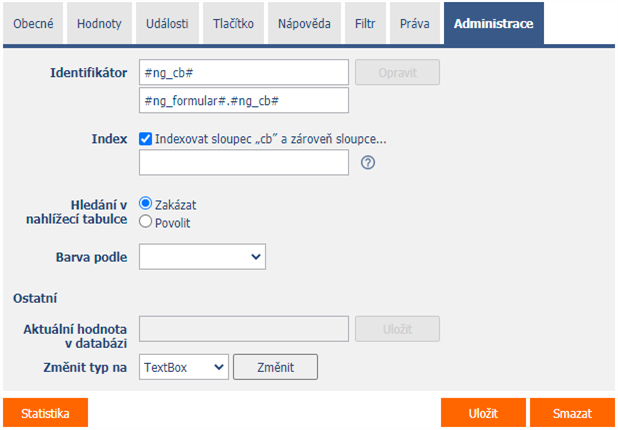 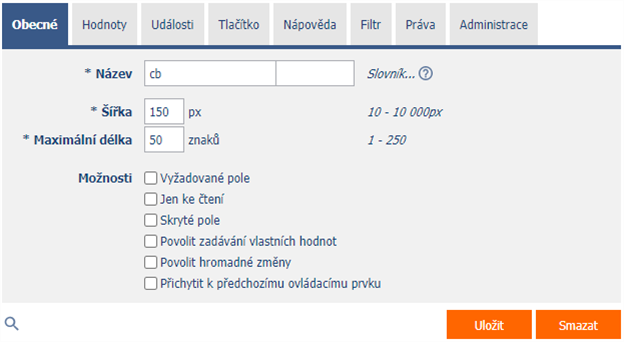 when the lookup table reads a large amount of data. 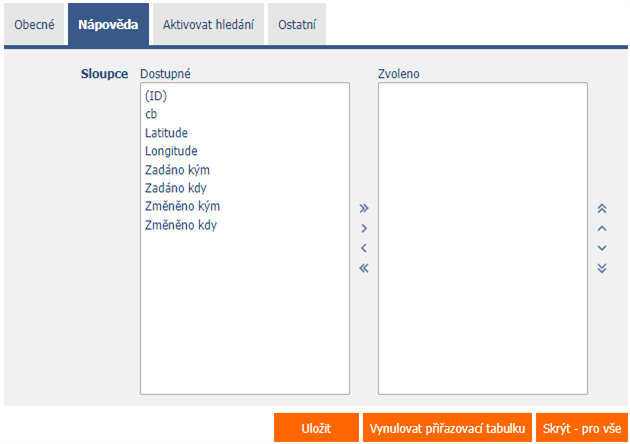 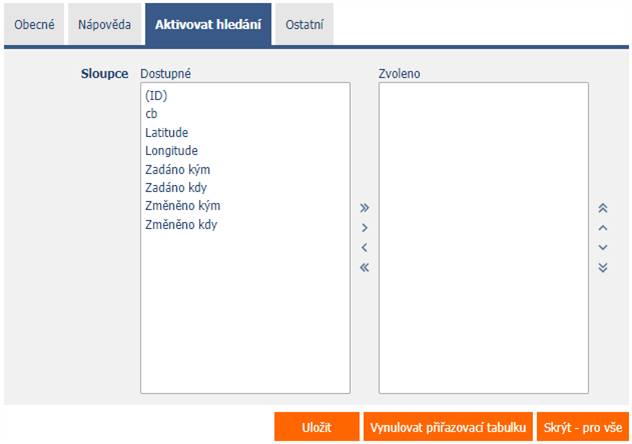