Edit forms are used when creating or editing existing records.

Forms contain various elements (text fields, lists, attachments), which are divided into individual sections using headings. In the case of longer forms, the content is structured into several tabs for easier work and better readability. 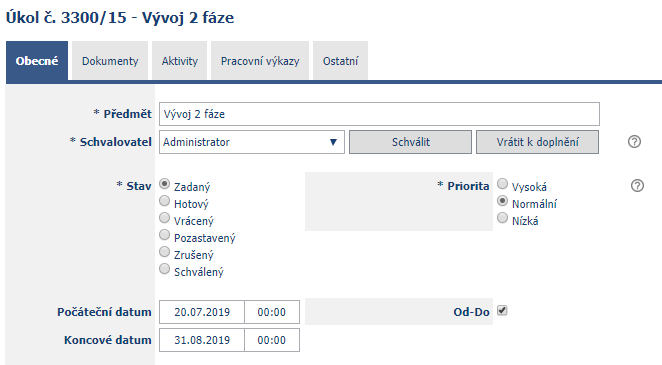 Help for each control is showed on the right side of the control. If a question mark icon is showed, the help is implicitly hidden and will be showed when this icon is clicked. Help is available on the vast majority of controls, the use of which can be initially ambiguous or confusing for users.

The set of buttons at the end of the record form is used for its final saving or deletion. The entry will not be saved without pressing the “Save” button! After saving the record, the edit form closes and the view returns to the relevant view page. The “Save and continue editing” button is used to save the record, except that the record remains open. When creating multiple records at once, use the “Save and New” button, which will open another new blank form for the new record immediately after saving the record.

The functions listed below are mentioned due to their frequent occurrence in the edit forms of NET Genium applications.

The view tables (DataGrids) used in the edit forms are identical in functionality to the tables used in the view pages, but are usually used to show records that are in some way relevant to the open record (eg Invoice Items in the Invoice form).

“Picker” is the name of a control for selecting a specific value of a particular record from the list of records (for example, the vendor name from the vendor list). Clicking on the Picker icon shows a floating table with a list of records, which disappears again after selecting the record. If enabled, records can also be opened or even created within the Picker table. 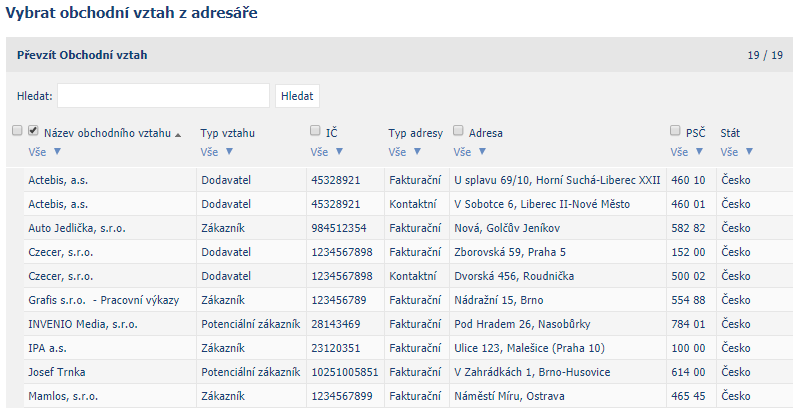 Because working with Picker tables is largely the same as working with view tables, for details on using Advanced Picker features, see the description of the view pages again in the Advanced view tables help. 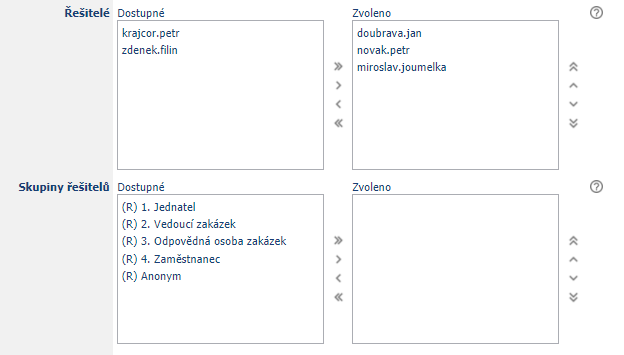 If we choose not to set Scope and do not select any user groups or users from the list, the record will be showed to all users.

When the “Inform other users” option is checked, a field with a list of users and a field for entering a message will be showed. After saving the record, an e-mail will be sent to the selected users with a link to the record with an attached message.

Although some user groups are automatically informed about the first storage of specific records (eg various requests), it often happens that for some reason it is necessary to immediately inform specific users, eg about a change in the value of a certain record during the process. In this case, it is advisable to use the Inform other users function.

Everywhere in NET Genium, where file attachments can be attached (for example in documents), NET Genium (if it is open in the Google Chrome browser) supports the drag and drop function, ie. drag the file with the mouse. 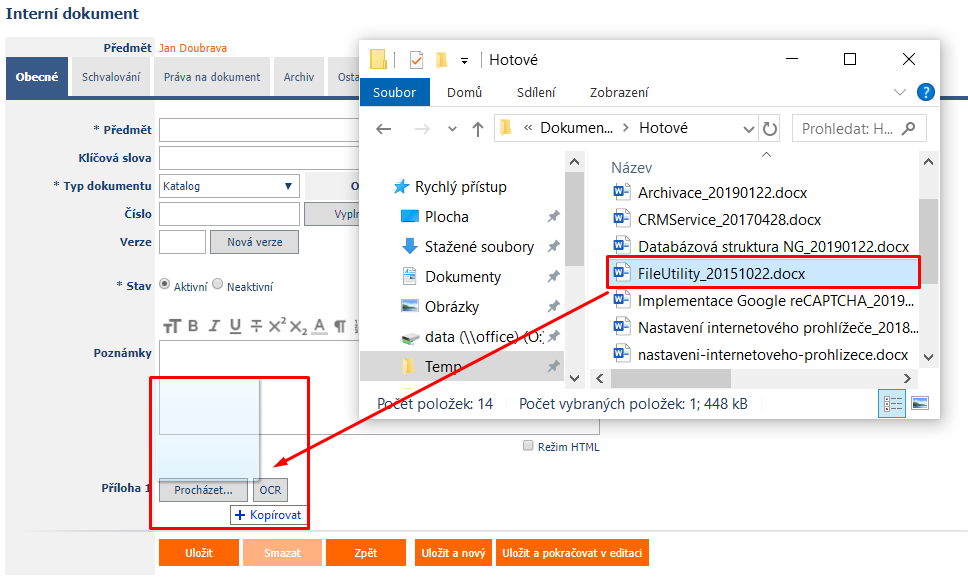